In Silesia, Prussia, (Germany), prior to 1800, Siegesmund Uber was engaged in the family tradition of tanning. His son, Carl Gottlieb Uber, born in Wolmsdorf, Schlessen , (Germany) in 1819, worked with his Father as a youngster and young man.

Carl continued his craft in Bolkenhain, Germany, until 1854, when he and his family immigrated to America and settled outside Schleisingerville, WI, in an area later known as Uberville. Here, he continued tanning for nearly 20 years. In 1874, he moved his family and business to Hartford, WI., and retiring in 1882, turned the business over to his four sons, Charles, Rudy, Richard, and Adolph.

Being four of six children, and no doubt at odds with his brothers, young Adolph Uber left the family business to pursue the tanning industry in New York, Philadelphia, and Chicago. In 1893, he returned to Hartford and resumed his partnership with his brothers. In early 1904, Adolph again sold his interests to his brothers and moved his family West, settling in Owatonna, MN. He opened his own tannery with initial help from his Chicago associates, selling most of the tannery's production to the same. The original 3 story tannery burned to the ground around 1917, and was rebuilt as a 2 story structure. With the closing of the Uber Brothers Tannery in Hartford in 1921, Adolph purchased various equipment and shipped it to his tannery in Owatonna. Here he continued operating his tannery continuously until his retirement in 1946.

Adolph's son, Harley Uber, Sr., born in 1894 in Hartford, grew up in the family business in Owatonna. After leaving town at the age of 16, working for South Dakota Bell, and serving in the US Army in WW I, he returned home in 1920 to join his father in the tanning trade. In the late 1920's, it was clear that lap robes and furs would be yielding to leather and leather products. Toward this end, the tannery placed additional emphasis on the leather products, and slowly phased back production of hair on tanning. In 1931, Harley started the Uber Glove Company in the basement of his home. With extensive and time consuming effort, the small hobby business was quickly growing. By 1938, with new quarters built on an adjacent parcel, Uber Glove Company was employing 14 people and producing in excess of 50,000 pair of gloves. Also growing was the custom line of tanning and the related garments associated with it. Around 1940, the tannery focused completely on glove and garment leather, and ended its hair on tanning.

Harley Uber's son, Harley Uber, Jr., born in 1927, could recall the production crews working in the basement of the house. He assisted with the plant expansion of 1943 that more than doubled the square footage of the original facility built in 1938. After serving in the US Army in Korea in WW II, he returned to the Companies in 1949, and assumed Presidency with Harley Uber's death in 1963. Two additional expansions occurred during this time in the early 1960's.

Throughout this period, the custom garment work continued to grow to its present day product mix of an approximate 50% stock and 50% custom. Harley Uber, Jr's son, Harley A. Uber, III, joined the firm in 1972, starting in the tannery beamhouse. After a brief absence, he returned in 1979 as a full time employee working with his Father, and succeeded him as President in 1986.

Harley A. Uber, the sixth generation of tanners, continues the family tradition started nearly 150 years ago. Attention to detail and dedication to quality remains the highest priority, and a mainstay of the Company to this day. 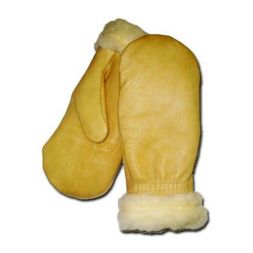 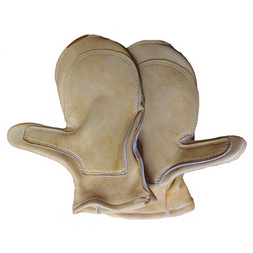 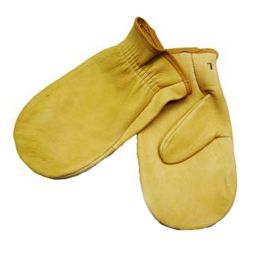 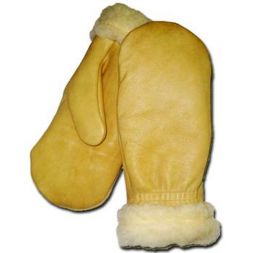